Top 8 Vegan-Friendly Restaurants in the UK

With a rise in the popularity of vegan options, the number of chain restaurants offering scrumptious vegan friendly dishes has also dramatically increased around the world, including the UK. You can find numerous vegan dishes on the menus of diners, restaurants, and fast-food chains.

Here's a list of some of the most popular chain restaurants in the UK that offers a wide range of vegan options:

Costa is one of the leading coffee houses in the UK. It offers delicious vegan sandwiches like Vegan Ham and cheese toastie. You can also get excellent breakfast options that contain non-dairy cheese, vegan sausage, and the entire package. The chocolate, caramel, and hazelnut cookie by Costa is a renowned snack that has also won the PETA Vegan Food Award. It proves that Costa is one of the best cafes for vegans in the UK.

Greggs has branches all over the UK. You should definitely try out its world-famous vegan sausage roll. It was introduced after a PETA petition that gathered the support of more than 20,000 people. Moreover, vegan steak bake, Mexican bean, and sweet potato wrap are some of the famous vegan options at Greggs.

An interesting feature of Pret, A Manager, is that it offers vegan dishes throughout the day. For breakfast, you have some really good options like coconut porridge, Very Berry croissant, and many others. During the lunch or dinner hours, you can select from different types of soups and sandwiches like Red Thai Veg soup and Avo. The plant-based hot drinks offered by Pret A Manger are also well-liked by the vegans and renowned organizations.

Along with providing plant-based kinds of milk for drinks, the leading coffee house is also providing a variety of vegan food options. Such dishes include Coconutmilk Latte,Iced Pineapple Matcha Drink and Nitro Cold Brew.

Subway is one of the most popular sandwich chains around the world. Its signature vegan sandwich wrap consists of a patty along with garlic, red onions, and spinach. Moreover, it has a very good collection of vegan sauces, which is often not available at other restaurants. Vegan meatball and Italian bread are two of the many popular vegan options at Subway.

West Cornwall Pasty Co is a PETA Vegan Food Award-winning chain restaurant in the UK. Its famous Thai Green Vegetable Curry pasty is a combination of delicious veg, Thai spices, and coconut. It offers other vegan options as well. 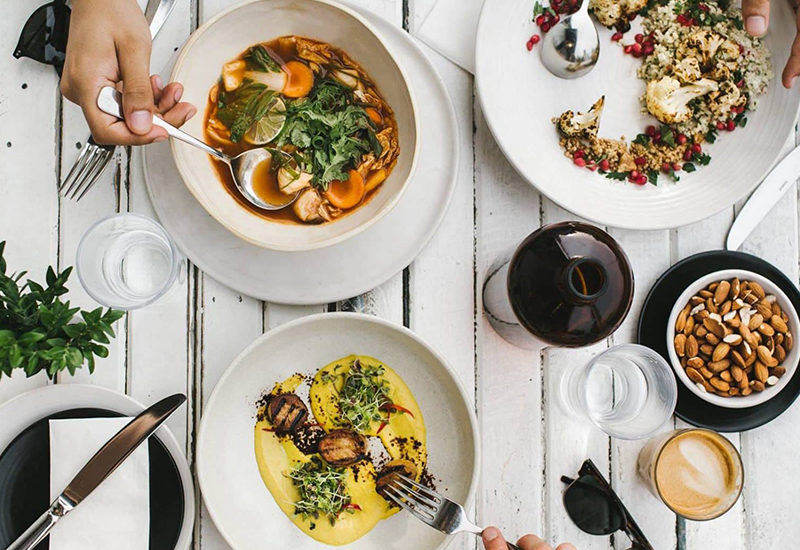 Caffe Nero was the first coffee chain in the UK that started offering vegan cheese toasts. It offers a variety of vegan snacks, including dark chocolate bars and Sundried Tomato & Pesto Tostati, that is entirely vegan-friendly.

Bagel Factory offers bagels with vegan cream cheese. One of the most significant things about this chain restaurant is that it is available in numerous locations, and you can easily find the stores in train stations all over the UK. Vegans are known to love the snacks offered by Bagel Factory, especially when they are traveling in the UK.